Where Did the 7 Deadly Sins Come From? 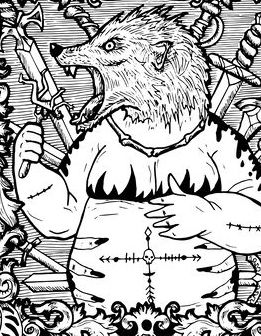 The concept of sin is a hard sell to atheists and agnostics alike. But one set of sins—the seven deadly sins—has entered the collective consciousness regardless of belief.

The origins of the seven deadly sins are nebulous and likely trace back to before Hellenistic Greece. Furthermore, some interesting research has been done on how people weigh these sins.

The traditional seven deadly sins—as portrayed in Dante’s Inferno and Chaucer’s Canterbury Tales—include pride, envy, anger, sloth, greed, gluttony, and lust. Although this list has gone through various iterations in Christian liturgy, its foundations are more archetype than religious history. After all, the seven deadly sins aren’t even mentioned in the Bible.

All religions recognize that evil can result from human agency. Additionally, depictions of the seven deadly sins devoid of religious context are numerous in literature, film, poetry, and drama. For instance, in the DC Universe, the Shazam! storyline conflates magic with demons representing the seven deadly sins. The concept has also been co-opted in scholarly work, with academics writing about the “seven deadly sins” of healthcare, publication, accounting, and so forth.

In a 1941 article from the Harvard Theological Review, Morton W. Bloomfield propounded that fourth-century Egyptian Christian ascetics including Evagrius Ponticus cherry-picked seven or eight sins that were worse than others using pagan or heretical texts. They then scrubbed these sins of any unorthodox associations.

The concept of these sins has previously been tied to the seven planets, as well as the seven or more demons inhabiting them. Adherents to Hellenistic religions believed that during the afterlife, the soul had to migrate through the seven zones of heaven, and that demons obstructed their path. This journey has been dubbed the Soul Journey. Of interest, the concept may trace back even further—to Persian folk religion, later suffusing into hermetic and Gnostic beliefs.

In the sixth century, the writings of Evagrius Ponticus influenced Pope Gregory I to come up with his own list that was later added to by St. Thomas Aquinas—resulting in the modern-day version of the seven deadly sins.

Notably, the reason why these sins are “deadly” (and not merely damaging) is rooted in Christianity. They are deadly because they have the power to “maim” or “kill” the divine spirit present in all men and women.

The eight deadly sins that Capps focused on included greed, lust, pride, anger, gluttony, envy, apathy, and melancholy. Of these sins, melancholy, anger, and lust were considered the worst by both men and women.

Because these “sins” have not only religious but also universal appeal, it would be interesting to see how non-Christians weigh these perceived wrongs.