Gatebox, “the holographic girlfriend” that is all the rage in Japan

It is a virtual assistant that integrates an attractive anime in 3D. It costs USD 2,520

60% of single women and 70% of singles in Japan, between 18 and 34 years old, do not have a relationship, according to 2016 data from the National Institute of Population and Social Security Research of that country. Likewise, around 44% of women and 42% of men admit to being virgins.

There are more revealing data: about half of Japanese people do not have sex before they are 34, and 32% of households are composed of only one person.

It is likely that this data has been considered by the Japanese company Vinclu to develop its own virtual assistant, Gatebox, such as Amazon Echo or Google Home, but with a great distinction. The device gives life to the voice that interacts with the user, through a 3D hologram that has the shape of an attractive anime. And for many users, it works as a virtual couple.

Azuma Hikari is the Japanese character that comes alive (holographic) in the device. It is possible to control and manage an intelligent home through the voice, with an interesting plus: a nice and friendly company.

Hikari (which means “light”, in Japanese) lives inside Gatebox, in a glass tube, connected to the internet, with wifi and Bluetooth connection, which weighs 5 kg. The Japanese actress Yuka Hiyamizu is the voice of the assistant.

The device has a stereo speaker, microphones, and integrated cameras, as well as sensors of all types (temperature, humidity, light, among others). It has an artificial intelligence system that allows you to engage in conversations and can recognize faces, among other actions.

Through Gatebox, it is possible to control a home with domotic, for example, turning on or off connected devices, controlling lights or lowering the temperature of the thermostat. Like Alexa, Cortana, Google Assistant or Siri, answer questions, provide reminders or read the news.

Washimoto, the Gatebox spokesman, explained to Infobae that the device is compatible with smartphones with Android or iOS, through the GateboxLink app. How does it work in home automation? Washimoto points out that the software (which is not open source) transmits the infrared pattern from the main body of the device to the smart electronic devices of the home. 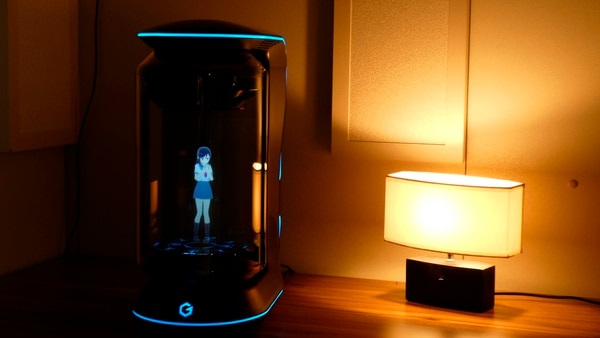 “Gatebox, for the moment, can only hold conversations in Japanese, we are considering adding other languages in the future,” they said from Gatebox. In December 2016, the Japanese company sold 300 units of the device. “They sold out in a month, and 960 applications were submitted in 13 days for additional sales,” said Washimoto.

With offices in Tokyo, Akihabara, 50 people work in the Gatebox laboratory. The virtual assistant is only sold through the company’s website. Although its sale is currently not active, they are taking orders. The first 300 units were sold for USD 2,520 each.

As explained from Gatebox, users can freely change the holographic anime of the device, according to the characters that are uploading to your platform. As of 2018, for example, a holographic man character was added.

The animé, besides being the intermediary to manage the smart home, is a good company. It is possible to chat with the character while the person is not at home. 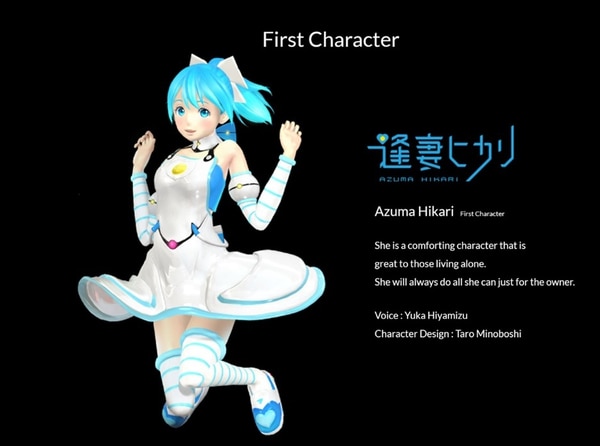 In the videos that promote the product, from Gatebox indicate that it is a device aimed at lonely young people who need company. Thus, you can face more realistic, personal and “loving” conversations.

How is a hologram made?

There are several holographic techniques. According to Ramiro Sakin, project manager and CEO of Zenta Producciones, an Argentine company that develops projects with holograms: “All the techniques work based on the reflection on some type of transparent material or a direct projection on a special material that retains a certain percentage of the projected light, while another percentage goes through the material “.

“There is a third type of hologram, more recent, launched by the company kino-mo that is based on turning at high speed a kind of blades with LED lights, the speed of the LED rotation and a biological principle of our eyes, called persistence, In the end, even today, holography is an illusory trick, “concludes Sakin.