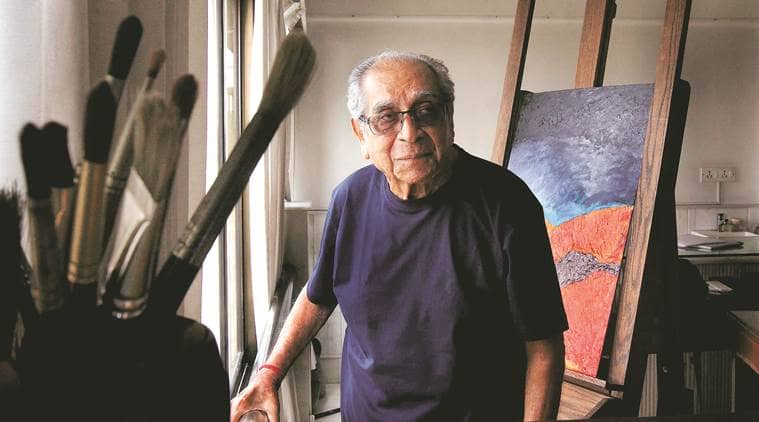 Generosity, like its close cousin appreciation, isn’t a quality that is usually taught in literary studies. You learn much of value there, from understanding the politics of the text to picking up issues for interpretation and analysis. But in all this, practices centred on kindness and giving hardly mature as significant concerns, let alone tools or methods. For generosity supposedly lacks the grit of critical acumen and the passion of political spirit needed to change the world.

When I first came to JNU, joining the School of Language, Literature and Culture Studies for an MA in English literature, I affected a studied insouciance about the political scene on campus. August was about to end, the year was 2005, and while American troops were rampaging about Iraq and Afghanistan, bougainvillea flowers had painted our campus in streaks of magenta and white. When rainclouds massed in the sky, in the somnolent forests by the southern stretch of the Ring Road, you sometimes caught a glimpse of the iridescent colours in a peacock’s train as it twerked to impress its mate. It was all very atmospheric. Even though there was a long waiting list for a hostel room and I was sleeping on the floor in a friend’s room as a guest, I had begun to feel so solidly at home in the university that I suspect my parents in Calcutta felt a bit betrayed by their only child.

Students and other social activists in Mumbai continued protesting outside Gateway of India throughout the night following attacks on students of JNU in the national capital. (Express photo by Nirmal Harindran)

When masked thugs ran riot inside Delhi’s Jawaharlal Nehru University last week, Mumbai-based singer-songwriter, Aamir Aziz, 30, decided to fight. He picked up his pen, and composed the nazm, Sab yaad rakha jayega: Tum syahiyon se jhooth likhoge humein maloom hai/ Ho hamare khoon se hi sahi, sach zaroor likkha jayega (We know that you will draft lies with ink/ Be it with our blood, truth will absolutely be written down). The former Jamia Millia Islamia (JMI) student’s poetry, emerging from his anguish, was released this week on social media. “The piece, like most protest poetry, is born out of the current movement. The need of the hour is to highlight the consciousness of the times,” says Aziz, who also wrote an ode to the girls of JMI. Titled Jamia ki Ladkiyaan (The Girls of Jamia), Aziz writes, Shahon ko benaqab karti hain, Isharon se inqalab karti hain, Jamia ki ladkiyan (They unmask the rulers, create revolutions with gestures, the girls of Jamia). It’s a strident warning — angry yet hopeful. “This is not really a poem. It’s what I saw. I was hiding behind the library like many others when teargas bombs were being dropped,” he says.

Activist Arundhati Roy speaks as economist Arun Kumar, seated next to her, looks on during a protest against the amended Citizenship Act at Delhi University campus in New Delhi, on 25.12 2019. (Express Archive Photo by Amit Mehra)

In an opinion piece published in The Guardian last month on the implications of India’s brand-new Citizenship (Amendment) Act (CAA) that will grant Hindu, Buddhist, Sikh, Jain, Christian and Parsi refugees citizenship, leaving out only Muslims, novelist Amit Chaudhuri wrote, “What’s being put to death here with the omission of a single word is what it means to be Indian: part of a fraught but great experiment that has no parallel anywhere in the world. Every Indian has contributed to creating India, and we — not just Muslim refugees — are suddenly being denied access to what we’ve created.”

A still from The Two Popes.

In the opening scene of The Two Popes, which premiered on Netflix last month, Pope Francis, played by Jonathan Pryce, is attempting to book himself on a flight from Rome to Lampedusa, an island in the Mediterranean Sea. The operator is disbelieving: of course, it’s not the Pope, the religious leader of the worldwide Catholic Church, on the line; somebody is playing a prank. “But it was real. One of the first things he did after he became the Pope in May was to go there to see the refugees and he tried to book the flight himself, so it was a big joke. That scene is faithful to what happened,” says Fernando Meirelles, when the film was screened at last year’s JIO Mumbai International Film Festival (MAMI).

For close to two centuries, this bakery in Kolkata has been serving up goodies from its wood-fired oven

In one of the innumerable bylanes of central Kolkata, stands a nondescript bakery that produces European-style confectionary. In a city where there is a slice of history in every street, it is easy to miss the bakery’s unassuming exteriors, and then dismiss the modest establishment, lit up by fluorescent tube lights. It is Christmas week, and the wood-fired oven at the 200-year-old Ajmiri’s Bakery — one of the last remaining bakeries to have one — has been running non-stop. On a cold December night, scores of people have been waiting in long queues for fruitcakes.

“I have been working in this shop since I was in Class VI,” says Sheikh Khadimul Bashar, 65, adding that his family has owned the bakery for seven generations. According to the stories passed down in the family, the establishment is nearly 200 years old, says Bashar.

The horror film shrugs off its B-movie tag, as filmmakers spike the genre with subversion and reality

IMAGINE this. A place where two children are trying to survive, without any grown-ups. Food is scarce and communication cut off. The powerful section of society — Bigtown people — have turned cannibals, resembling zombies, and devour Smalltown people who they consider inferior. The rules of survival are simple and brutal. If you move, they’ll come for you. If you speak, they’ll come for you. But Bigtown people don’t eat those who eat others. That makes Smalltown people attack their own. All this, of course, is not without an agenda. Driving through Smalltown as it burns, Bigtown’s councilman sells the dream: Bigtown, which was once the state capital, will regain its glory.

Powerhouse: (From left) FN Souza with Raza and Padamsee in Paris in 1952. (Courtesy: Bhanumati Padamsee)

During one of his visits to Mumbai’s Sir JJ School of Art in the late ’40s, artist SH Raza was particularly moved by the work of one student. He not only told him that he should have been given a better grade for that specific work but also that he deserved a first-class. The student was Akbar Padamsee and that meeting, recalled by him in an interview, was perhaps the foundation on which their abiding friendship would be built.

We have become a country of walls and barricades, where only a certain kind of people are allowed

There is a case to be made for the spaces of democracy and the democracy of spaces. The former is where democracy is played out and the latter allows the practice of what is equitable, universal and free. Recent photos of the Hong Kong protest showed interesting sights of how protesters had innovatively used everyday objects from the street to create barricades against the police. Bamboo-poles-like tripods had kept police away from the Hong Kong Polytechnic University. Metal grey fences on sidewalks were dismantled as defence (and, yes, vandalism, too), opening up sidewalks and traffic jams. These protesters had managed to turn the tables on what the government often uses as means of control in public spaces.

Voices in the Wilderness

Forest guards — clad in sandals or chappals and armed with just a lathi — have to patrol huge tracts of jungle on foot.(Express archive)

Frontline (and, sometimes, back-office) forest personnel, who dedicate their lives to protecting our wonderful wildlife heritage, are largely unsung and need to be thanked. They range from the weather-beaten, tough-soled forest guards to legendary field directors, who often take on the high and the mighty.

it feels like I have known Akbar forever. We shared a very close friendship. Gradually, all my friends are gone — Husain, Bal Chhabda, (VS) Gaitonde, Ram Kumar, Raza. I am the last one. Akbar was large-hearted and had a fantastic sense of humour. We last met in Mumbai about three years ago, when one of my works was being exhibited. Earlier, he had stayed with us in Delhi and Shimla. When I travelled to Paris in 1962, he showed me around, and he came to New York when I was on a Rockefeller scholarship in the US. I recommended him later for it.

The Artist in Every Shade

Akbar Padamsee was an artist and painter, considered one of the pioneers in Modern Indian painting along with Raza, Souza and MF Hussain. (Express Photo by Pradip Das)

Having moved to Paris in 1951, Padamsee was influenced by European Modern masters as well as tribal works of art, such as African masks. This was when his famous ‘Prophets’ series began. Critic Geeta Kapur writes in Akbar Padamsee: The Other Side of Solitude (1978) that the prototype of these early portraits was that “magnificent little sculpted head from Mohenjodaro, the bearded man wearing a decorative robe”, who evolved into a Semitic prophet in Padamsee’s works. The title of the series was suggested by the late SH Raza. Most critics read the Prophets as figures that embody suffering.