The winner of Australia’s richest literary prize did not attend the ceremony.

His absence was not by choice.

Behrouz Boochani, whose debut book won both the $25,000 non-fiction prize at the Victorian premier’s literary awards and the $100,000 Victorian prize for literature on Thursday night, is not allowed into Australia.

The Kurdish Iranian writer is an asylum seeker who has been kept in purgatory on Manus Island in Papua New Guinea for almost six years, first behind the wire of the Australian offshore detention centre, and then in alternative accommodation on the island.

Now his book No Friend But the Mountains – composed one text message at a time from within the detention centre – has been recognised by a government from the same country that denied him access and locked him up.

It is, he said, “a paradoxical feeling”.

“I really don’t know what to say,” he told Guardian Australia in a conversation before the main award was announced, when he only knew of the non-fiction prize. “I certainly did not write this book just to win an award.

“My main aim has always been for the people in Australia and around the world to understand deeply how this system has tortured innocent people on Manus and Nauru in a systematic way for almost six years. I hope this award will bring more attention to our situation, and create change, and end this barbaric policy.”

Boochani speaks via text messages, because his internet connection keeps cutting out – the same method he used to write the book, an autobiographical account of his attempt to make the journey from Indonesia to Australia and his subsequent incarceration.

Under Australia’s hardline immigration policy, asylum seekers who try to reach the country by boat are processed at offshore centres.

For an asylum seeker kept in offshore detention to win such a major prize “brings enormous shame to the Australian government”, he said.

“You can’t underestimate the impact that [this win] will have on Australian politics and Australian refugee politics – not only in Australia [but for] displaced and exiled people all over the world,” Tofighian said.

“This is one of the most vicious forms of neocolonial oppression that is taking over the world at the moment – and to address this book in this way and to recognise it and draw attention to the narrative it is presenting will have repercussions for many generations to come.”

The awards are split into seven categories, which are judged by a panel. In 2017 and 2018, women won each category, and they dominated the winners’ list again this year, with Elise Valmorbida winning the fiction prize with The Madonna of the Mountains; Kendall Feaver winning the drama prize for her play The Almighty Sometimes; Kate Lilley winning the poetry prize for Tilt; Victoria Hannan winning the $15,000 unpublished manuscript prize for Kokomo; and Bri Lee winning the people’s choice award for her memoir Eggshell Skull.

After last year’s Nib prize, it is the second people’s choice award for the debut, a memoir that tracks Lee’s journey from being a judge’s associate to seeking justice through the courts for childhood sexual assault.

She now receives “hundreds” of emails and messages from other sexual abuse survivors.

“I respond to everyone,” she said. “Overall I get enough messages of such hope and optimism, and people just actually make life-changing decisions after reading this book, so even though I also get a lot of upsetting messages it all comes good. All I can hope for as a writer is to reach people in some way.”

Lee said the unexpected commercial success of the book had given her “the most wonderful gift of freedom to write what I want next”.

She is currently working on a series of essays.

The young adult prize was won by Amelin and Ezekiel Kwaymullina, for Catching Teller Crow.

Western Australian author Kim Scott, a dual Miles Franklin award winner, won the prize for Indigenous writing for his novel Taboo, which deals with a modern community coming to terms with the historical and cultural legacy of a massacre on Noongar country in south-west WA.

It is based on an experience in his own country at Ravensthorpe, halfway between Albany and Esperance.

“My ancestral country is regarded as taboo by many Aboriginal people because of the killing that happened there in the late 19th century,” he said. “I didn’t even know about it until I was an adult, that nasty edge to our history … the emotional infrastructure of the times didn’t enable or perhaps allow it.”

Scott said the novel was for “a lot of us who have been damaged by colonisation, and I would imagine that’s non-Aboriginal people as well … healing and strengthening our relationship to pre-colonial heritage.

“It’s all about foundations and being grounded … and finding a way for an emotional and spiritual infrastructure. Stories are really important for that but so are things like the Uluru statement. They help us figure out a way to deal with this stuff.”

Winner: The Madonna of the Mountains by Elise Valmorbida

Shortlist: Flames by Robbie Arnott; Ironbark by Jay Carmichael; The Fireflies of Autumn: And Other Tales of San Ginese by Moreno Giovannoni; The Death of Noah Glass by Gail Jones; Too Much Lip by Melissa Lucashenko

Winner: No Friend But the Mountains: Writing from Manus Prison by Behrouz Boochani

Shortlist: Staying: A Memoir by Jessie Cole; The Arsonist: A Mind on Fire by Chloe Hooper; Eggshell Skull by Bri Lee; Miss Ex-Yugoslavia by Sofija Stefanovic; Axiomatic by Maria Tumarkin

Shortlist: Going Down by Michele Lee; Barbara and the Camp Dogs by Ursula Yovich and Alana Valentine

Shortlist: Amelia Westlake by Erin Gough; Between Us by Clare Atkins

Shortlist: Common People by Tony Birch; Too Much Lip by Melissa Lucashenko; Blakwork by Alison Whittaker 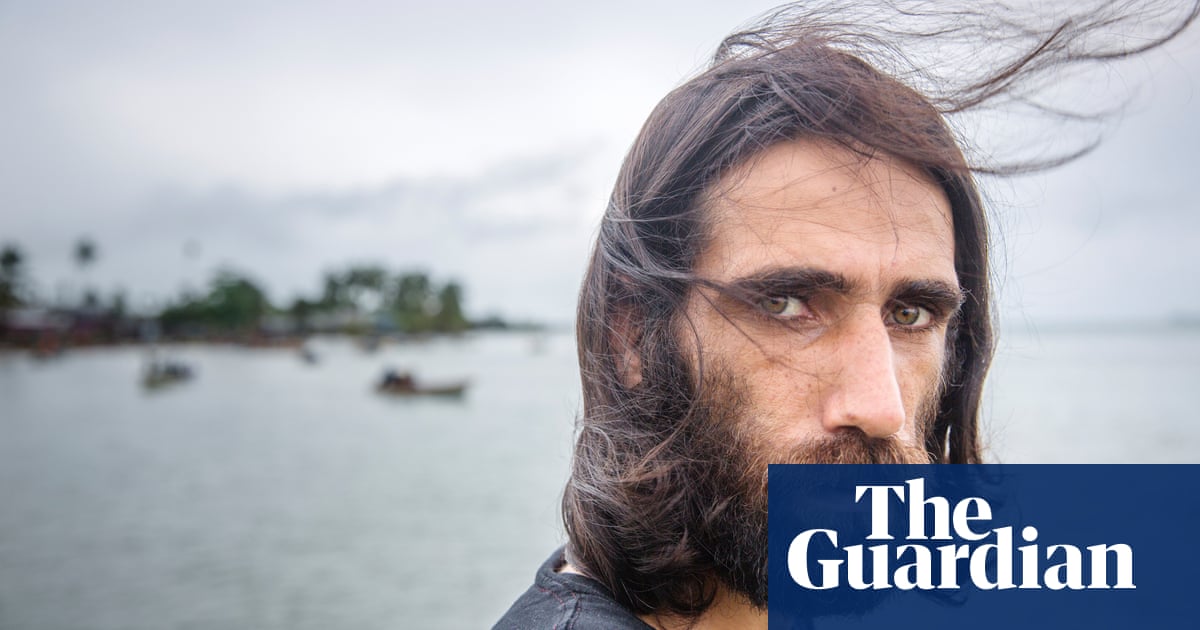